Faith and revolution. 2/4 The premiss of transcendence (Roger Garaudy)

A lecture, transcribed from a recording, given at the Ecumenical Centre, Geneva, in
October 1972 on the occasion of an exhibition of books and journals in French (see
Ecumenical Diary , below). ROGER GARAUDY is Professor of Aesthetics in the University
of Poitiers, France. His books include From Anathema to Dialogue (English édition :
London, Collins and Co. and New York, Herder and Herder, 1966) and L'Alternative


(Paris, Robert Laffont, 1972). The lecture was translated from the French by the WCC
Language Service. The original is published in the Bulletin du Centre Protestant d'Etudes,
Geneva, 1973.

II/ The premiss of transcendence

Faith and revolution. 1/4 A crisis of hope. By Roger Garaudy

A lecture, transcribed from a recording, given at the Ecumenical Centre, Geneva, in October 1972 on the occasion of an exhibition of books and journals in French (see Ecumenical Diary , below). ROGER GARAUDY is Professor of Aesthetics in the University of Poitiers, France. His books include From Anathema to Dialogue (English édition : London, Collins and Co. and New York, Herder and Herder, 1966) and L'Alternative (Paris, Robert Laffont, 1972). The lecture was translated from the French by the WCC Language Service. The original is published in the Bulletin du Centre Protestant d'Etudes, Geneva, 1973.

I/ A crisis of hope

In an age like our own, when we are experiencing what may be described as a 'crisis of hope', on what may we base, if not our assurance, then at least our hope of possible change ? For, on the face of it, we are at the mercy of certain disastrous currents which may be summed up by saying
that we are witnessing today the bankruptcy both of the dream of Descartes and of the dream of Faust.  Descartes's dream took the form of a programme : to develop a science which would make us lords and masters of nature. This was the ambition of the Renaissance, the ambition of Goethe and of the eighteenth century with its concept of
progress ; and it is still operative in new forms in our own age with its
optimistic attitude towards 'growth'.
Science was to make man lord and master of nature. So far as this
mastery of nature is concerned, I think it may safely be said that in
actual fact the results of science have turned out to be the very opposite
of such mastery. What we are witnessing today is, above ail, the destruction
of nature, the détérioration of the environment, the upsetting of
balances essential to life, and ail manner of pollution. So far as man's
own nature is concerned, what we are witnessing is both its physical
destruction, by the arms race and the wars to which this inevitably
leads as well as by the hunger of the Third World, and also its moral
destruction by the nervous diseases which are the counterpart in the
so-called developed countries of the famine which ravages the Third
World and by the manipulation and conditioning to which we are ail
subject. It could even be said that it is not only nature and man which
are being destroyed but also the future itself. I recently attended one
particular congress of futurologists where we were treated to the spectacle
of people assigning us a future controlled by heaven knows whom
and heaven knows what, and whose method of arriving at such predictions
was virtually confined to the use of technological extrapolations. We
were told of the resources which would be available to meet our needs
in the year A.D. 2000. Here I am not personally concerned : in all
probability I shall not have any needs in the year 2000. I am thinking
rather of my two-year-old grand-daughter, by then a young woman of
thirty. Will she not then be having needs and desires quite different
from those I have today ? Must we not focus our attention — not our
'futurology' — on research into the ends which will be sought thirty
years hence and not on the 'means' of satisfying what are in fact today's
needs, even when projected into the future, and these anyway largely
the result of manipulation. This point is of the greatest importance
since otherwise what we shall be doing is moulding the future for a
couple of generations in accordance with present-day needs instead of
trying to think what their future needs will be.
In fact it is an exaggeration to say that anyone is moulding the future.
What we see in our countries today is the curious spectacle of a complete
absence of any decision-making about ultimate goals, not to mention
more immediate ones, even though technological means to do so are
not wanting. Everything is still seen in terms of catching up with and
getting ahead of others. When President Kennedy gave the all-clear for
the moon landing programme, for example, he did so because of the
profound anxiety provoked by the first Soviet space exploits of the
astronaut Gagarin. But the Russians themselves had only initiated the
programme which culminated in Gagarin's exploit because they too had
been well and truly alarmed by the consequences of the bomb dropped
on Hiroshima and felt it necessary to close the gap. In other words,
in each case there is a reaction to a reaction, but no one determines the
ends in view, except those which are inherent in the system itself—a
system which is based on profit for profit's sake and growth for growth's
sake, and which produces a society shorn of human goals. This sort
of society has been magnificently defined in Galbraith's comment —
well worth quoting because it goes so close to the bone — that everything
that happens in our society seems to presuppose that when St.
Peter meets us at the gates of heaven to direct us to paradise or to hell,
his only question to us will be : 'What did you do on earth to increase
the gross national product ?'
It is precisely this absence of human goals which was called in question
by young people ail over the world in 1968. So much so that we are now
led to ask ourselves : if we are caught up in a disastrous drift, if in fact
no one is thinking about the goals, the overall direction of our societies,
on what can we base our hope ? On the bland optimism of the Enlightenment
philosophers, the eighteenth century prophets of progress ?
On a sort of secularized theology, a doctrine of providence which
dispenses with God, which today takes the form of the worship of
growth for growth's sake as the solution to ail problems ? Unfortunately
the experience of the last thirty years has shown that anarchic
growth of this kind solves no problems. Can we base our hope on some
unimaginable dialectic in which poverty would beget anger and oppression
revolt? This is equally incredible ; Marx himself never based the
possibility of revolution on such premisses. Marx showed that poverty 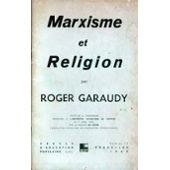 was not a revolutionary force. Indeed he demonstrated that extreme
poverty, the degradation of what he called the Lumpenproletariat —
the ragged proletariat, the sub-proletariat — was in fact a counterrevolutionary
force. Nor can we put our trust in any form of economic
determinism. It is true that the inherent contradictions of capitalism
are becoming more acute, but they are no longer the same contradictions
as fifty years ago. It may indeed be that since the strictly economic
crisis of 1929 the various forms of State intervention in the economy
have led to contradictions which are much more profound even than
the economic contradictions. So that we cannot count either on some
sort of destiny operative in the economy which would necessarily lead
to the overthrow of the capitalist system simply by the force of its
inherent contradictions.
>> LIRE LA SUITE >> 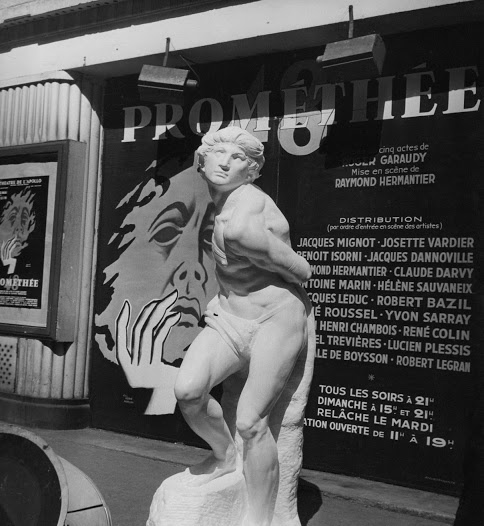 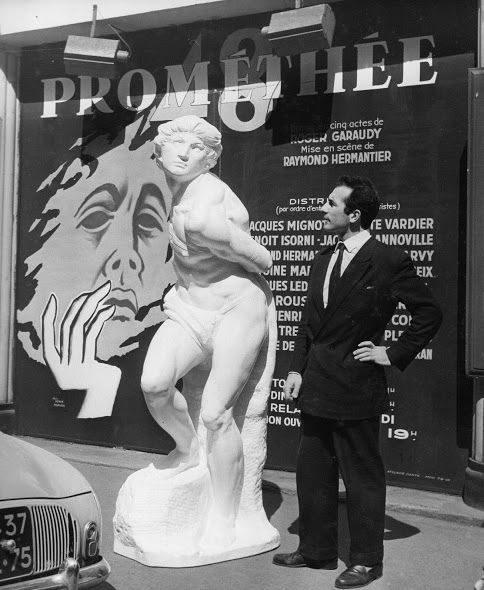 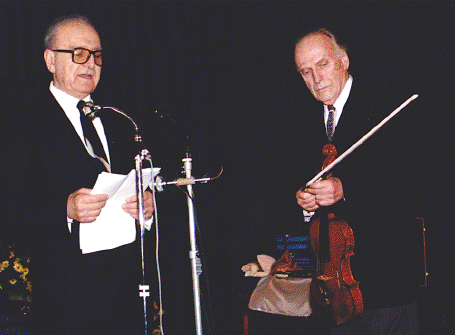 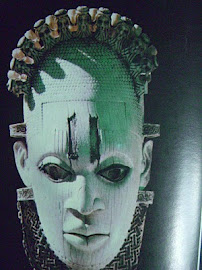 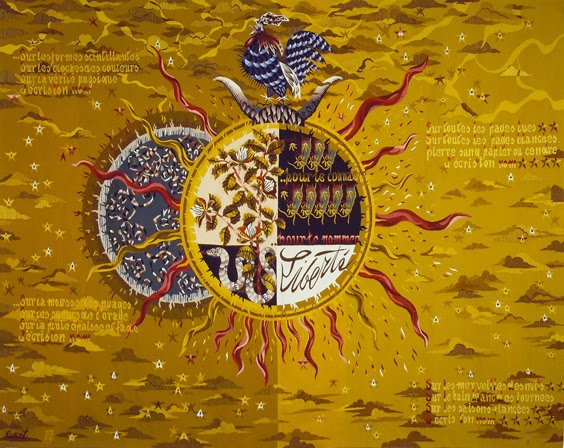 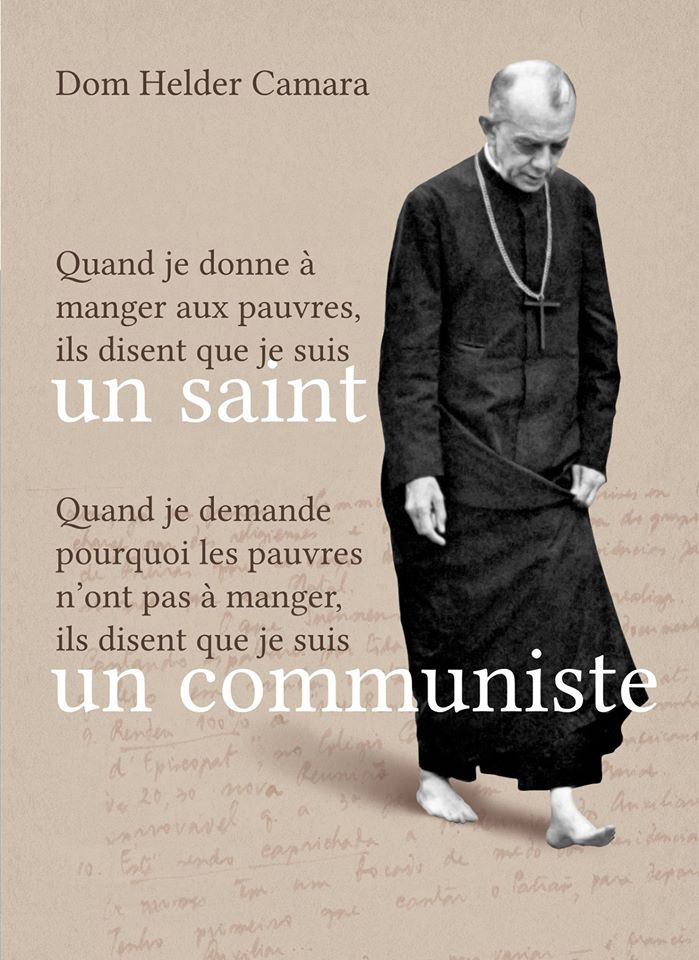